Movie: Bolshoi Ballet’s The Taming of the Shrew 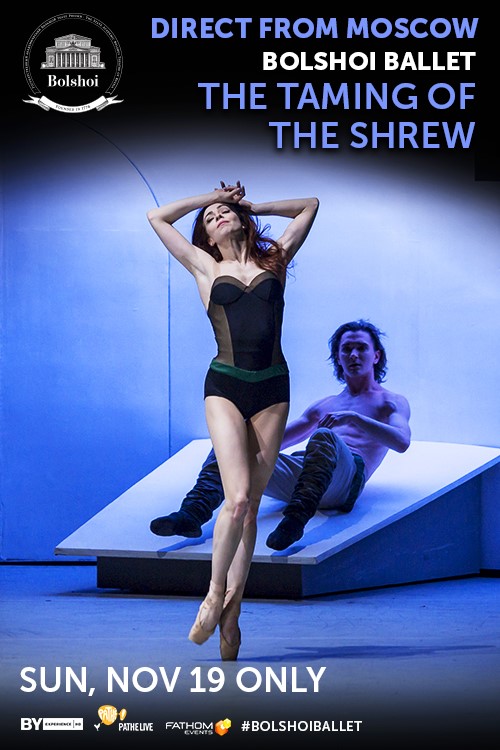 Fathom Events, BY Experience and Pathé Live present a special production of the Bolshoi Ballet’s The Taming of the Shrew, direct from Moscow, Russia, to select cinemas nationwide on Sunday, November 19 only. Baptista struggles to marry off his tempestuous daughter Katharina, a shrew who denies that any man could possibly be her match. However when she meets Petruchio, who is as ill-tempered as she, the two forces of nature ignite an unexpected and explosive encounter. Acclaimed choreographer Jean-Christophe Maillot brings out the wit, fast-paced athleticism and vibrancy from the Bolshoi Ballet dancers in Shakespeare’s rowdy comedy. Principals Ekaterina Krysanova and Vladislav Lantratov clash, challenge and eventually give themselves to one another in a wonderfully entertaining production that can only be seen at the Bolshoi! Captured live on January 24, 2016.
+ Google Calendar+ Add to iCalendar