SHINE girls have seen 100% improvement in math scores and confidence as measured by pre/post tests and surveys across several programs in numerous states. SHINE has received positive feedback from national media including CNN, CBS, Fox, the Boston Globe—and most importantly from the girls, parents, and teachers. Short-term objectives of empowering 6th-8th grade female students with both the confidence and mathematics skills to embrace math leads into the long-term goal of creating a pipeline of next-generation leaders in STEM fields. SHINE is currently taught in Washington DC, Chicago, and Boston- BAKERSFIELD IS THE FIRST city in California and on the West Coast to offer SHINE via a partnership with KDA.

KDA is preparing for our 8th session of SHINE!  Check back soon for more information.

"Now, more than ever, we believe our young girls need mentorship during distance learning and we welcome the opportunity to get Kern County girls up and dancing while they learn math!" 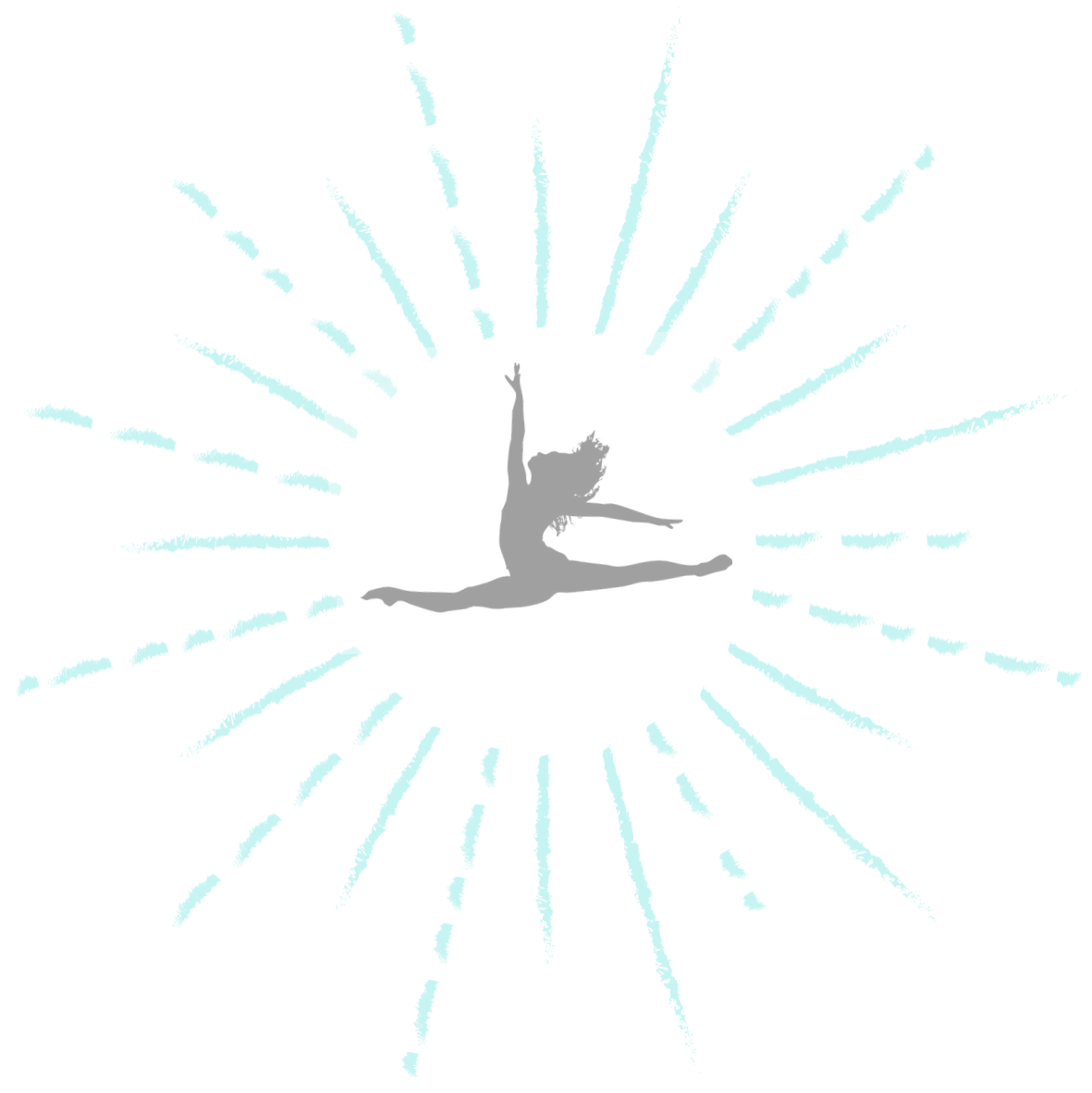 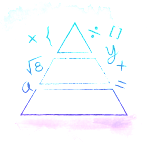 SHINE mentors are local high school or college women who have qualified based on their math background, tutoring experience, dance experience, attitude and enthusiasm, and the results of a background check. The mentor training involves a customized online certification system along with a half-day mentor training session.

Every middle school teacher has had a girl in a math class say, “I can’t.” SHINE turns the “I can’t” around by creating an environment in which girls not only realize that they can, but that they want to. SHINE consistently improves girls’ math scores and sparks their interest in mathematics.

Utilizing kinesthetic learning, movement and action replaces more passive forms of learning, such as listening to a lecture. We have all forgotten facts once memorized in a classroom, but we seem to be able to remember dance moves we once learned. By connecting the different ways in which we learn, SHINE enables effective understanding and retention of information in addition to imbuing abstract mathematical concepts with a physical meaning.

For example, SHINE introduces algebra through choreography: girls can create a simple dance of three twirls followed by a jump and will write down 3x + y where x = twirl, y = jump. Through dancing, girls realize that 3(x+y) = 3x + y + 2y. Before they say “I can’t do algebra,” they already have. This begins the positive feedback loop of girls believing in themselves, and their confidence stems from knowing they have the ability to succeed.

SHINE’s proprietary curriculum has been honed over several years and has provided consistent reproducible results.

SHINE provides girls with the opportunity to become engaged in STEM and assume leadership. Women in high school and college lead the 8 week sessions and also benefit from the experience by engaging in a network of women in STEM.

SHINE is FREE to all participants and is made possible by generous donations from our community. You can help others to SHINE:

Lynnette Zelezny was appointed to serve as the fifth president of California State University, Bakersfield, effective July 1, 2018, and is the first woman to serve in the role.

Dr. Zelezny’s appointment as president was historic because it was a tipping point. With her appointment, the California State University system, the largest public higher education system in the nation, has a majority of women presidents.

President Zelezny has devoted her entire professional life – first in her 30-year career at Fresno State and now at CSU Bakersfield — working to raise the educational level of students throughout California’s Central Valley and developing graduates who turn into leaders, decision makers and contributors to communities in the region.

Dr. Zelezny has served as a visiting professor at the University of Stockholm in Sweden, an American Council of Education Fellow at Towson University in Maryland, and as a Fulbright Scholar in Germany.

She was a nominee for the U.S. Professor of the Year awarded by the Carnegie Foundation for the Advancement of Teaching and the Council for Advancement and Support of Education. An applied social psychologist, Dr. Zelezny has published research related to the environment, health, leadership and student success for underrepresented students.

Dawn James is the Americas Energy Lead for the Worldwide Energy Industry team at Microsoft. She is an executive solutions professional with a subject matter expertise in digital transformation, energy transition and E&P digital solutions.

Dawn has over 23 years of industry experience, including work as a petroleum geoscientist and as a research geoscientist for the U.S. Geological Survey. Her expertise not only includes results-driven leadership, but she is skilled at articulating value at the convergence of industry and technology. Dawn’s responsibilities include Smart Energy thought leadership within Microsoft while aligning technical solutions with business outcomes.

Dawn holds a MSc in geoscience and a professional certification in big data and predictive analytics from MIT. In her spare time, she enjoys spending time with her daughters.

Alissa Carlson is the Chief Meteorologist at KGET-TV.

Alissa hails from northwest Illinois, where she grew up on a farm. That sparked an interest in weather at an early age. She watched severe storms with her dad, who also loves weather.

After graduating as salutatorian in high school, Alissa went on to earn a Bachelor’s of Science degree at Illinois State University followed by a Certificate of Broadcast Meteorology at Mississippi State University. While in college, Alissa applied for an overnight news anchor position at WQAD in Moline, Illinois. She became one of the youngest TV anchors in the country. She worked in her hometown television market, known as the Quad Cities, before moving on to jobs in Greenville, North Carolina and Jacksonville, Florida.

Alissa is very involved in the community, taking an active role in numerous charity events as an emcee. She has helped raise money for organizations such as the American Heart Association, SPCA, Gleaners, Volunteer Center, Children’s Miracle Network, and the Bakersfield Homeless Center.

Alissa’s dedication to Bakersfield earned her the nomination for Humanitarian of the Year in 2018 by the Beautiful Bakersfield Awards.

Alissa has held the titles of Mrs. Bakersfield and Mrs. California. She is married to Attorney Neil Schwartz and they have one daughter and two dogs.

Edutopia “Kinesthetic Learning: Moving Toward a New Model for Education”

The Bakersfield Californian “Girls to Shine in Dance and Math Program” 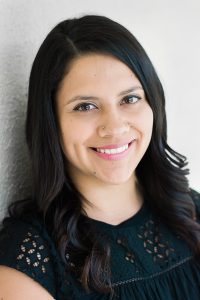 Jessica Reyes is a graduate of California State University of Bakersfield with a B.S. in Statistics. She is a Data Analyst for Adventist Health Bakersfield. Jessica’s passion for performing arts stems from her experiences in Colorguard. She has been both a member and coach of several Colorguard programs, in Bakersfield, CA, for a combined total of 16 years. She has been a SHINE Mentor since the Spring of 2016.  She is excited to share her love for math education and performing arts with students.

"SHINE for Girls is the program I wished I could've been a part of as a young teen! I remember being that age and not knowing what I really liked or how to feel comfortable in my own skin at school. Now we've created this program perfectly made to help girls deal with those exact feelings! Through mentorship and tutoring we show girls what it looks like to be a woman in STEM, and how they can get there too! We also use dance as a way to enforce their math skills and help build the confidence to put themselves out there and SHINE both on stage and in the classroom."

Angie Cruz currently teaches mathematics at Arvin High School in Arvin, California.  She attended California State University Bakersfield (CSUB) and graduated in Spring 2019 with a Bachelors of Science in Mathematics and a Minor in Child, Adolescent, and Family Studies (CAFS or Family Studies). She received her teaching credentials at CSUB in the Spring of 2020. She is currently working on her Masters in Curriculum and Instruction at CSUB.  She plans to also obtain her second Masters in Applied Mathematics and teach night classes at a college or university level while still teaching high school.

Natalie Lovan is currently a third-year dance major in the BFA program at California State University, Long Beach. Natalie served as the Kern Dance Alliance Student Intern in 2017 and she was one of the original lead mentors alongside Jessica Reyes when SHINE first came to Bakersfield. She is super excited to return to the program as a mentor for our virtual session.

Riley Thompson is currently a Senior at Bakersfield High School where she actively participates in choir and theater and cheers for BHS. With 15 years of dance, theater, and vocal training tucked into her heart, Riley plans on obtaining a BA in Performing Arts and then pursuing a career on stage. Riley is a Junior Board Member with the Kern Dance Alliance and this is her second SHINE session as a mentor.

Isabella Walker is a third year Graphic Communication major with a concentration in User Experience and User Interface at Cal Poly. In her spare time, she works as a Resident Advisor on campus and participates in competitive ballroom dancing. She first joined SHINE as a mentor when she was a Junior in high school and she is excited for the opportunity to be a part of it again with its new virtual format!

To date, Kern Dance Alliance has graduated a total of 148 SHINE Girls and Mentors.  As the only branch in California and on the West Coast, KDA is proud to offer the SHINE program free of charge to all participants thanks to the generous funding of sponsors and private donations including Chevron, Junior League of Bakersfield, The Women’s and Girls’ Fund of Kern County/Kern Community Foundation, Cynthia Lake Charitable Trust, Robert Grimm Family Foundation, Bakersfield Californian Foundation, Sean and Jennifer Maguire, and Garces Memorial High School.

Parents also felt their girls had gained life skills.  The following are those kills ranked the highest:

"This is my second year being a SHINE mentor and I love being a part of this wonderful organization. It is such a unique way of motivating young girls through math and dance. I had the opportunity to see the girls grow and feel confident in their math and social skills." 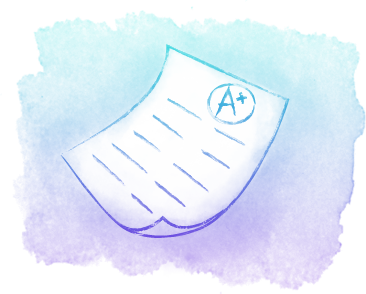 Angie Cruz
Mentor
"Being a SHINE Mentor has been an extremely impactful and wonderful experience for me. Throughout the program I had the opportunity to connect with and really get to know the girls, and it was truly amazing to watch them grow more comfortable with themselves and others. For being someone who is pretty shy around people I do not know, SHINE helped me to face my fear of not knowing what to say in conversations, and to just relax and know it will all work out. I have always loved dancing and STEM, and this opportunity to try my hand at teaching both has given me an invaluable, more in-depth perspective into both. I have truly loved my time as a mentor for SHINE!" 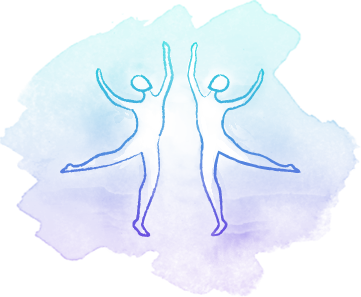 Hailey Throll
Mentor
"I personally loved my volunteer work with SHINE and would love to do it again if provided with the opportunity but I don't think I will be here in Bakersfield next year. I think one thing that could change would be to have mentors meet before or after each SHINE session to discuss what went well/what could be improved and maybe we could go over specific responsibilities (which mentors would be in which group?). There were some days where a mentor needed help because they were confused about how to implement an activity or discussion and they may have felt more confident with some discussion before the activity. Overall, I had a really amazing experience and I am excited to tell more people about this program." 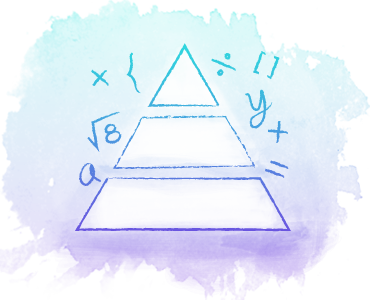 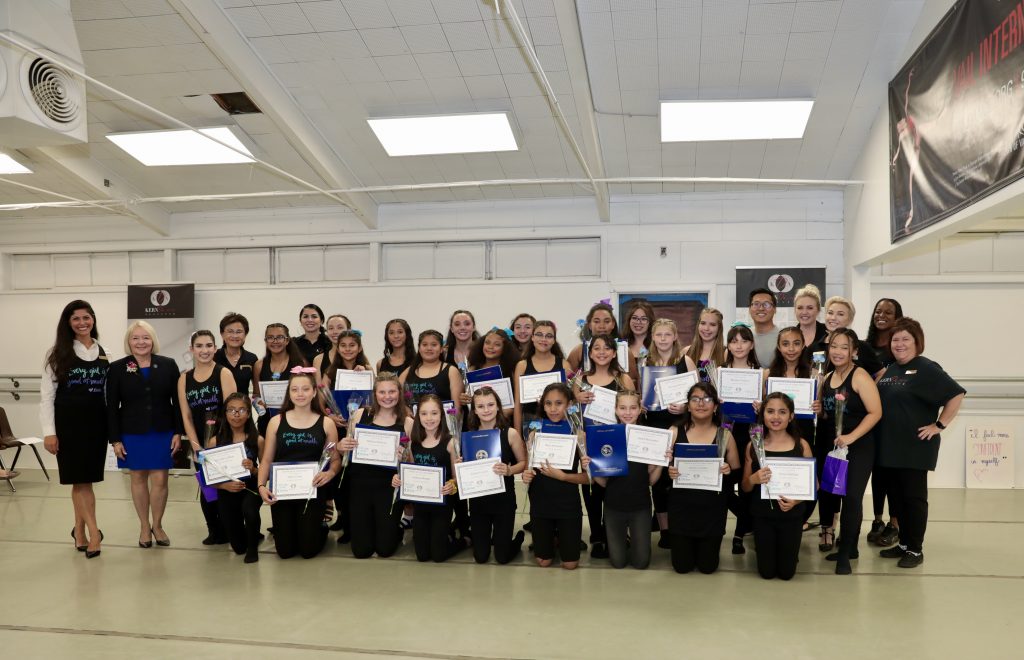 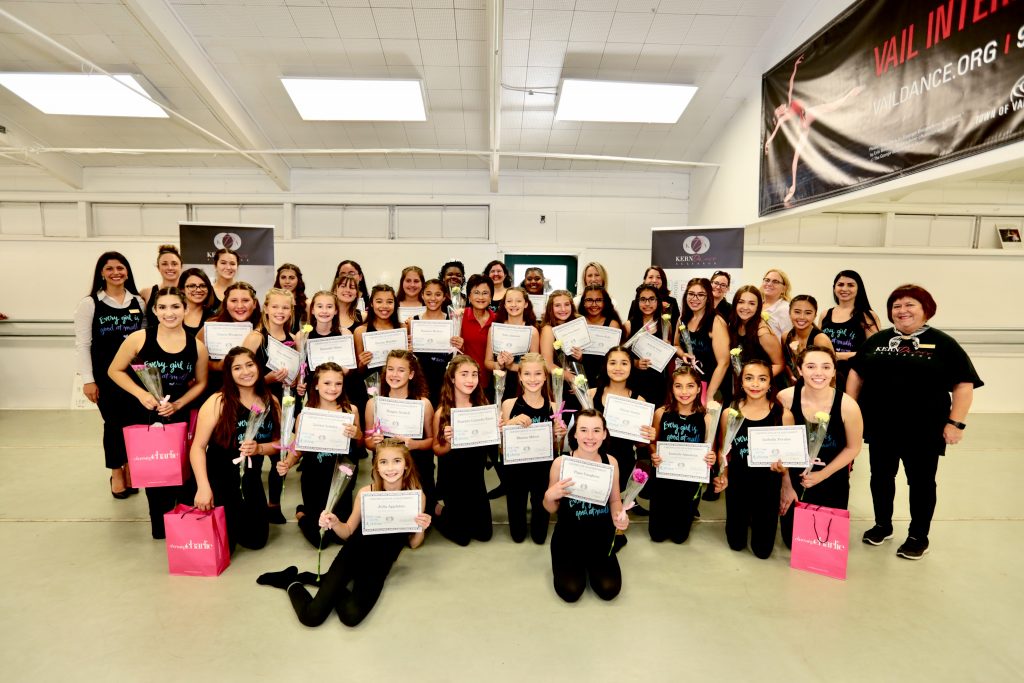 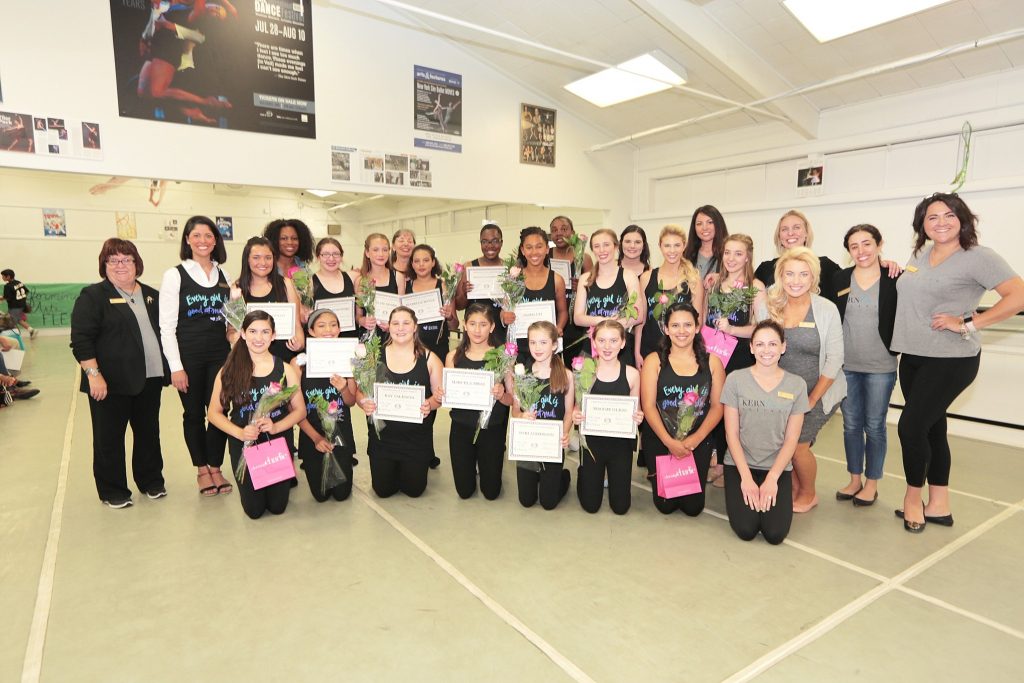 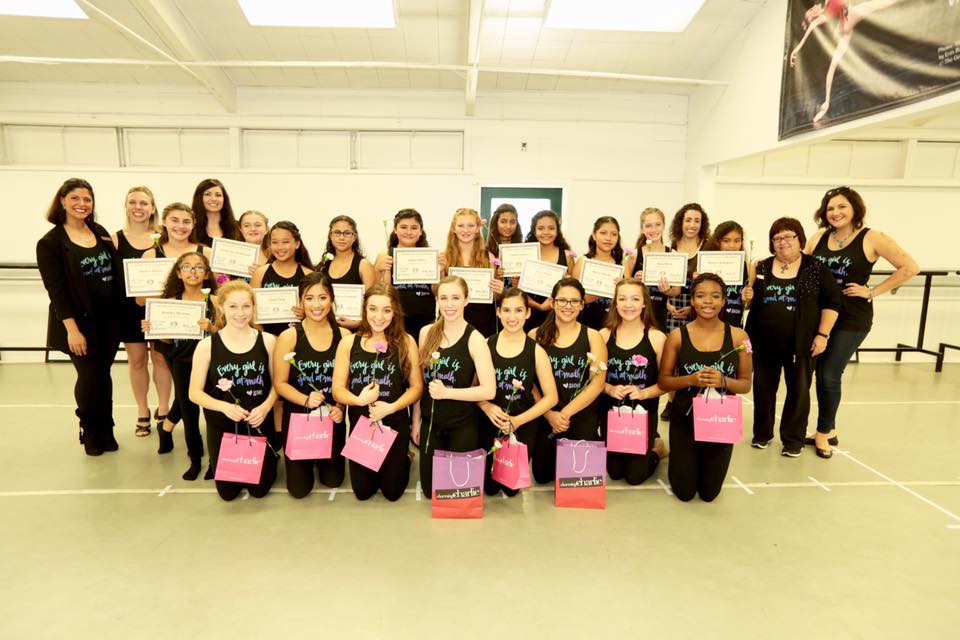 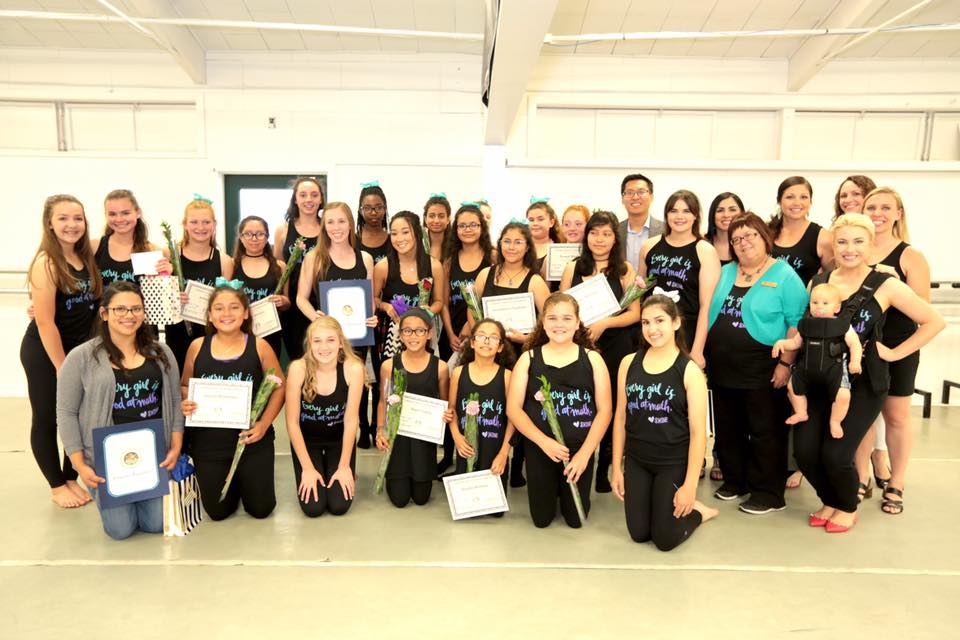 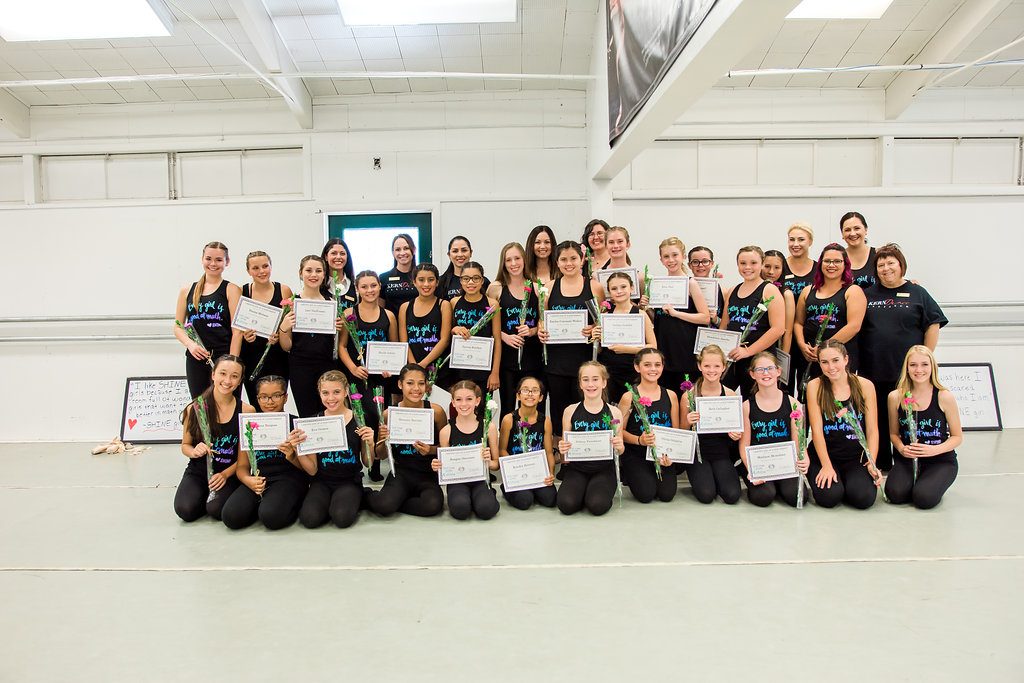