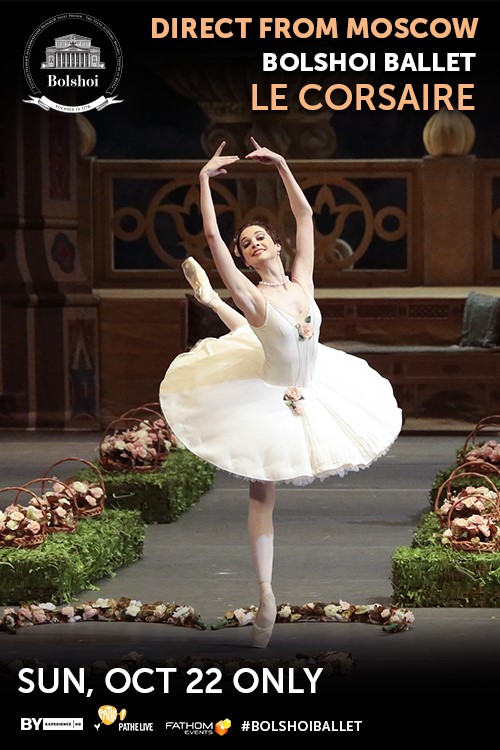 Fathom Events, BY Experience and Pathé Live present a special production of the Bolshoi Ballet’s Le Corsaire, direct from Moscow, Russia, to select cinemas nationwide on Sunday, October 22 only. Amidst a bustling Turkish market, the pirate Conrad falls in love at first sight with beautiful Medora, the ward of the slave merchant Lankedem’s bazaar. Conrad kidnaps Medora when Lankedem decides to sell her to the Pasha. Inspired by Lord Byron’s epic poem and reworked by Alexei Ratmansky from Petipa’s exotic 19th-century classic, this miracle of the repertoire is one of the Bolshoi’s most lavish productions. Complete with a magnificent awe-insipring shipwreck and dramatic scenery, this grand romance allows enough dancing for nearly the entire company and is made especially for those who seek miracles in theatre.
+ Google Calendar+ Add to iCalendar