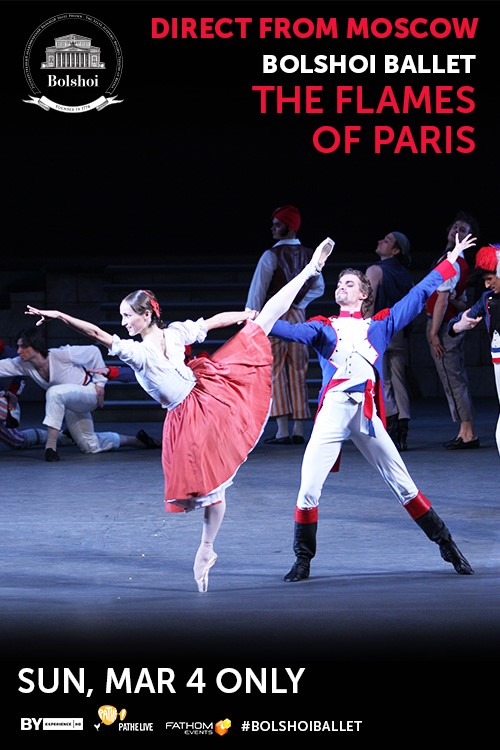 Fathom Events, BY Experience and Pathé Live present a special production of the Bolshoi Ballet’s The Flames of Paris, direct from Moscow, Russia, to select cinemas nationwide on Sunday, March 4 only. In the era of the French Revolution, Jeanne and her brother Jérôme leave Marseille for Paris in support the revolutionary effort that is taking over the capital. While fighting for freedom, they both encounter love along the way… Very few ballets can properly depict the Bolshoi’s overflowing energy and fiery passion as can Alexei Ratmansky’s captivating revival of Vasily Vainonen’s The Flames of Paris. With powerful virtuosity and some of the most stunning pas de deux, the Bolshoi Ballet displays an exuberance almost too enormous for the Moscow stage.
+ Google Calendar+ Add to iCalendar