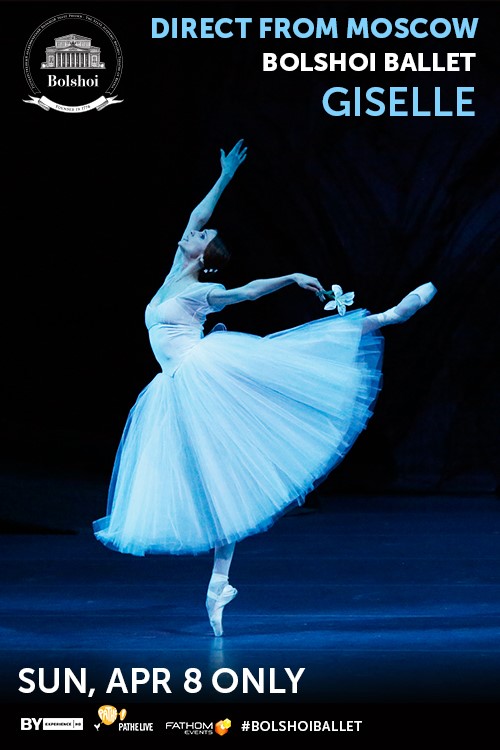 Fathom Events, BY Experience and Pathé Live present a special production of the Bolshoi Ballet’s Giselle, direct from Moscow, Russia, to select cinemas nationwide on Sunday, April 8 only. When Giselle learns that her beloved Albrecht is promised to another woman, she dies of a broken heart in his arms. While Albrecht grieves, she returns from the dead as a Wili, a vengeful spirit meant to make unfaithful men dance until death…Prima ballerina Svetlana Zakharova personifies this ultimate ballerina role in the classical repertoire, alongside the sensational Sergei Polunin as Albrecht, in this chilling, yet luminous ballet that continues to captivate audiences for over 150 years at the Bolshoi. Captured live on October 11, 2015.